I work with executives of all ages across the country that have a range of job titles in a variety of industries, and the one common trait those in a 45-year old job search portray in their job search is that they sell themselves too aggressively.
Being “bright-eyed and bushytailed” was the right style when you were in your twenties and thirties.  Employers sought energetic, ambitious prospective employees who they could train and mold into successful executives.  So, “selling yourself” was what we all were told to do.  And we did so with vigor……and success in most cases.
However, now that you are in your forties and fifties, over-selling yourself is 1) unnecessary and 2) wrong.  At this point in your career, you must instead “insert yourself into the new position with confidence and tact” as one of my clients reflected recently.
She had been interviewing for a CMO position at several Bay Area firms with little success.  Smart, well-educated and fresh from several successful start-ups, she had approached each new interview with the same high energy and take-charge attitude that she had developed during her twenty-three year marketing career.
When she then engaged my career strategy services, she was frustrated and gun-shy.  “At each company, I was told that I was “over-qualified” for the position.  I’m not sure what I’m doing wrong, but I need to figure it out soon”.
In our meetings during which we thoroughly assessed her as an individual and executive, tightened up her resume and created an engaging bio and other communications materials, I found myself often “bowled over” by her persona.  It became clear that instead of presenting a profile of someone who would readily “fit into” the company and provide the right kind of leadership, her intense persona borne of years of success, had the potential effect of intimidating and sabotaging her candidacy.
We concluded that her being told by several companies that she was “overqualified” was “HR code” for believing she might be difficult to manage and might alienate her co-workers.
As I had seen this “overqualified” phenomenon many times in my work with clients, we agreed to adopt a more effective approach.
We agreed that she would begin to present a more “HELPFUL” approach in future interviews and portray herself as a strong team-leader and member, sensitive to developing good people, capable of nurturing good ideas with the help of others, and generally, interested in doing what the company needed to do to continue their success.
This shift from “I can  do anything” that worked when she was younger and less-experienced to an attitude of “I’m here to help” was a critical, and as it turned out, a very effective tool in recent interviews.
She found people more interested in and comfortable with her, quickly engaging in more meaningful and informative interviews that will likely lead to an offer soon.
So, in any interactions now that you are over 45 years of age, consider approaching others with equanimity and quiet confidence rather than power and domination.  You are now a pro and do not need to press your case as aggressively.
This “helpful” attitude will feel better and require less energy which are good things as you mature in your career.
Posted by Peter Engler, Career Coach at 5:12 PM No comments: 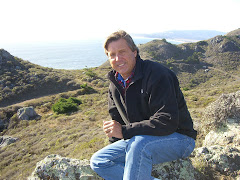 I have been a New York and San Francisco advertising agency senior client executive, VP Marketing at Citibank and several technology firms, a retained recruiter in the technology and consumer products arenas, and for the last ten years, a certified career coach helping college grads, and mid and late-career executives achieve "career success and happiness" through better self-knowledge and better planning.

-Identify your primary interests, job needs and unique values. Then, identify the people "who need you" at companies that offer you career success.

- Create the Right Tools to impress the people who need you.

- Take the Right Action on your Plan to get the Right Job for you at the Right Company for you! .

I look forward to sharing my thoughts on building exciting and rewarding careers that are RIGHT for You.